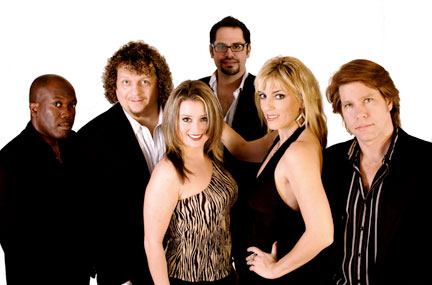 THE CRUSH is a hip new band with a straight ahead style and lots of variety.This band plays thehits of today as well as the favorites from the 70s, 80s and 90s with a song list covering everything from Rock to Dance and everything in-between, all done with high energy and most important, fun. THE CRUSH has performed at many venues such as The Excalibur, The Orleans, and The New York New York, among others. Their energetic performances showcase the band’s multiple talents.   This band has a fun approach to music making every night a party. THE CRUSH is a truly exciting band giving their audiences the best combination of music and entertainment.  The band’s rare blend of variety, showmanship and a song list you won’t hear anywhere else, makes  for a night you won’t forget. THE CRUSH is the band you don’t want to miss!