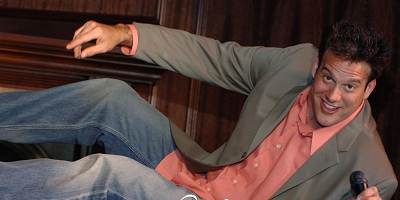 The show must go on, and it does.  Between his many TV appearances (NBC’s Last Comic Standing, Comedy Central, MTV) or hosting star-studded red carpet events.  Brian is busy producing his show “WEST COAST COMEDY” for TVN Networks, National Lampoon’s Sirius XM Radio’s Comedy Channel.  Hosting “The New Rascals Comedy Hour”, running the comedy content for Microsoft MSN video downloads, Windows Media Entertainment page, TV NET, Smart Video Mobile Television, and knocking ‘em dead at clubs, colleges and corporate events all over the country. Brian is in great demand because his show appeals to such a diverse audience. He takes the stage with UN-PARALLED ENERGY!!! Rapid-fire intensity, you’ll feel like you’ve seen four shows in one!

You will remember, tell your friends, and take them to see “The Brian S Show”.

impressions, and stand up comedy. He is the “One-Man Entourage of Entertainment”.

Brian is a headliner at The Comedy Store, The Comedy Magic Club, Laughs Unlimited, The Ice House, Rascals,

The Comedy Zones, Dangerfield’s, and many other clubs, showrooms and corporate events all over the country.